The new boreholes for Petilos and Lumwela have now been installed, the work was completed on Thursday of this week, amidst great celebrations and dancing.       Many thanks to our donors, especially those in our local area of Nuneaton, Atherstone and Tamworth, plus our new donors in Winchfield Hampshire, you have helped us out yet again!  The boreholes will transform the lives of everyone in these villages, especially health wise.     Both villages are quite small and have recently been brought under the stewardship of Chief Michael Chinthowa, we have however been caring for orphans there for several years now.   Petilos is particularly poor even by Malawi standards, being quite remote it suffers more than most villages in the area, their main crops until recently have been tobacco and maize, the monopoly on tobacco has meant that prices never kept pace with growing costs, this meant that the small growers became poorer and poorer.  With Group Chief Michaels help we should be able to encourage them to plant a far more varied crop and to plant and harvest more than once a year. 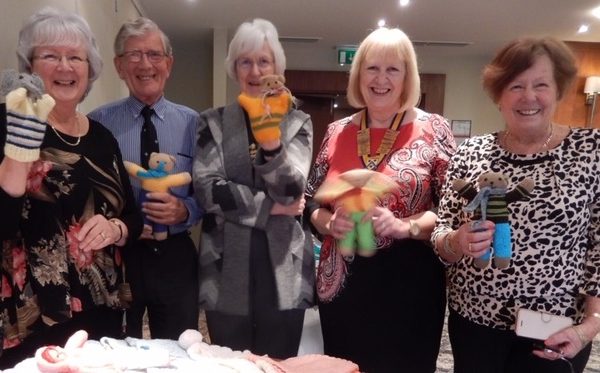 folder_openfundraising, orphans
We had a hugely enjoyable lunch,with the ladies of Inner Wheel, we feel very privileged to be given the opportunity to meet so many delightful people and share the work we do. We were overwhelmed by the magnificent response yesterday…

Easter Cards for sale to help with the Feeding Programme.

folder_openfundraising
Would you like to help the children of Chinthowa, Malawi? Each card has been made with love for the Chinthowa Development Trust and every penny that is paid for the card goes towards the Feeding Programme for the children at…
You must be logged in to post a comment.